The Czech vocabulary-building app Vocabulary Miner created by studio SKOUMAL is based on the popular Flashcard System and special algorithm.  It promises the user to simply say more with every word and delivers it through effective, yet simple vocabulary training by spaced repetition method without ads, other distractions and even offline.

The spaced repetition learning method has proved very fruitful so far. It forces users to actively recall words from memory and with the option to switch languages according to their wish, the method is even more effective. The better you know the words, the less frequently you will practice them and vice versa.

It is all about boxes

Thus, in the boxes with lower numbers, there are words  I don’t know very much. The higher the box number, the better is my knowledge of the word.

Word repetition in the Flashcard algorithm

Each box also defines the repetition and time needed to learn the word.  Words in box 2 will show the very next day but the words in box 8 will come up again in 90 days.  Such an artificial gap in learning enables to better remember words.

Boxes and their repetition pattern:

The time of the repetition pattern will change only if you label the card with “KNOW” option. The options “NOT SURE” and “DON’T KNOW” won’t change the time gap.

Choice of  words for learning cycle

At the beginning of every learning cycle, 20 words are randomly chosen for practicing. After the very first random cycle, words from box 1 get the highest priority in the next round while the words from box 8 are the very least in the row to be practiced.   Only words that are currently not in the artificial gap mentioned above are at play.

The learning process is not tiresome thanks to the Language switch. It gives you the choice to decide what language – foreign or mother tongue – you see the first on a Flashcard. Words combinations as another feature gives you the chance to practice any combination of Word lists of the same language. 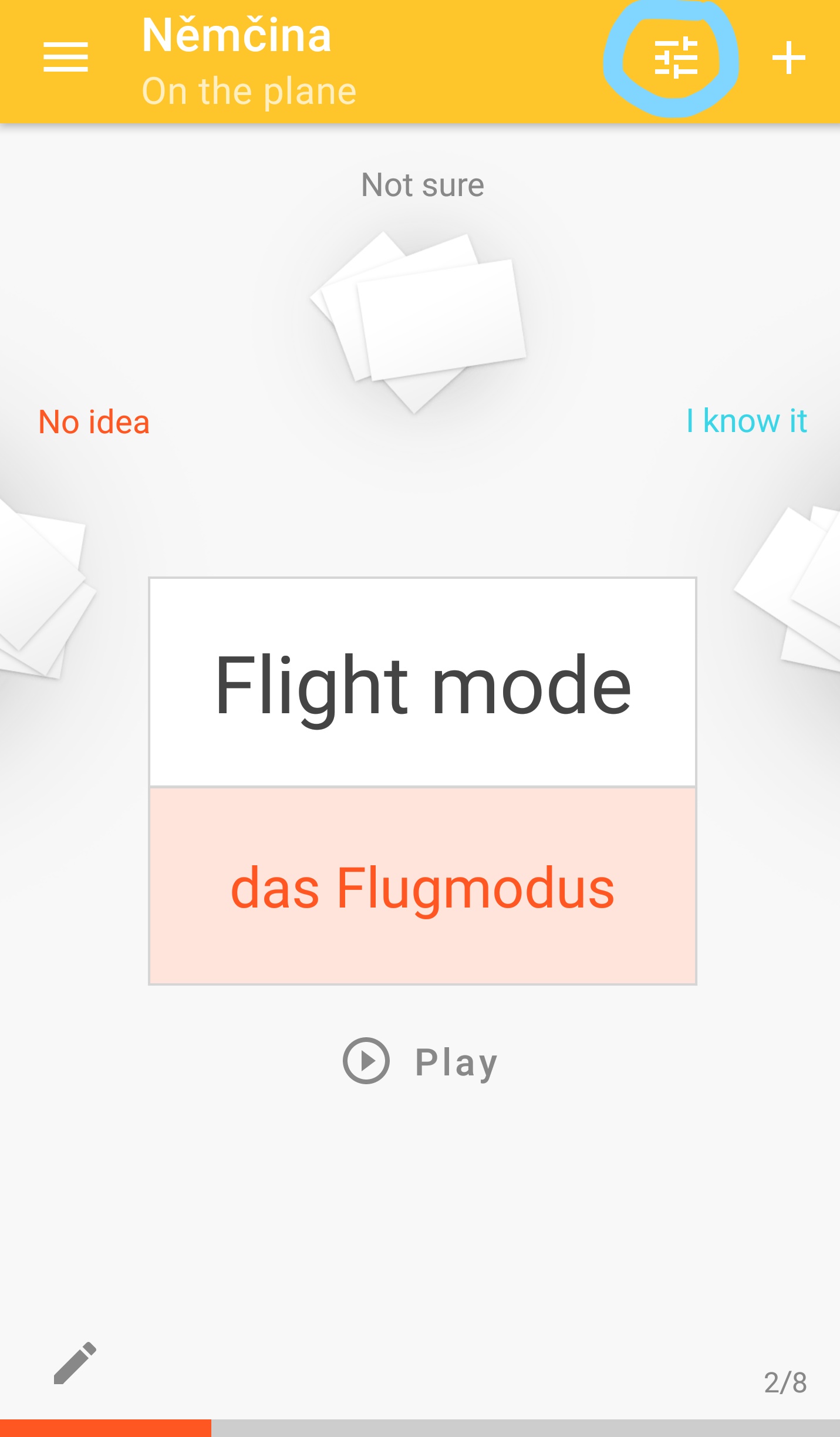 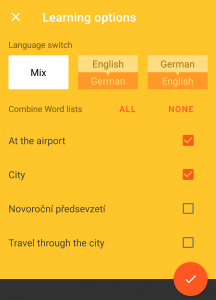 What about other Flashcard apps? Some of them do not have spaced repetition in their free version. Get to know which ones.

Choose the spectrum of words in boxes that are not in the compulsory learning gap. Then sort the spectrum upwardly.  The next step is to choose 20 items accroding to this pseudocode:

The resulting spectrum learnThis needs to be shuffled afterwards. The above mentioned choice of words for learning applies only with 20 or more words.